Monsters Den is one of the most addicting RPGames I played lately. With ‘The Book of Dread’ Garin came up with a nice update and even new features like a new campaign and a survival mode.
You can find it here: Monsters’ Den
At least you need some good strategy and luck to see all new features. If you’re missing one or even both of those, you can find some help here.

Stats and Skill
Once you’ve created your party, Flash saves the game to a so called shared object. Those are saved somewhere around ‘…\Application Data\Macromedia\Flash Player\#SharedObjects\…’. The first part depends on your OS the last part of the location where you started and saved the game. In my case it says ‘…\cache.armorgames.com\files\games\monsters-den-the-boo-1614’.
In this location several SOL-files should exist. Among them a slot1_chars.sol, which obviously stores the character data. Most precious step now is: whatever you do, MAKE A COPY! In the game, go back to the menu. Now go on with the file and open it with a hex editor. Google for some freeware, whatever you like. 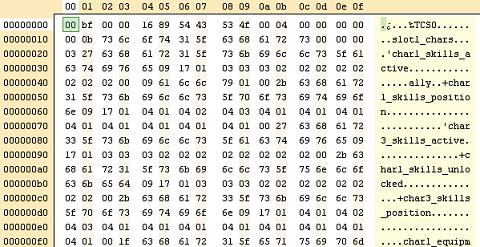 Find the names of your party members and begin to count from the last block. Number 3 holds the stat points, number 10 holds the skill points. I would give you the hex addresses but they change as the games develops. 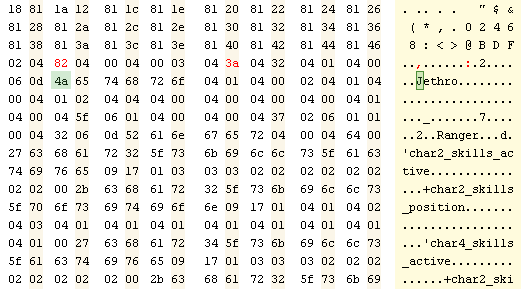 that should do some good

With ’82’ in hex you get 260 stat points. ‘3a’ gives you 58 skill points, enough to completely train every skill. Nice! One more thing? Alright:

Wow, wait a minute. God mode? Really? Well, your choice. No more excitement? Don’t blame me. It’s possible by having a relatively high Endurance (about 2000) and an item which supports health regeneration. Now again, open up the character file look for that item (mostly ‘soothing somewhat’) and change the regenaration value to also 2000. So, with every round played health fills up.

This entry was posted in Cheat and tagged book of dread, Cheat, monsters den. Bookmark the permalink.

2 Responses to Cheat: Monsters' Den – The Book of Dread